Becca Hunter is ready for the Beast in Dallas!! 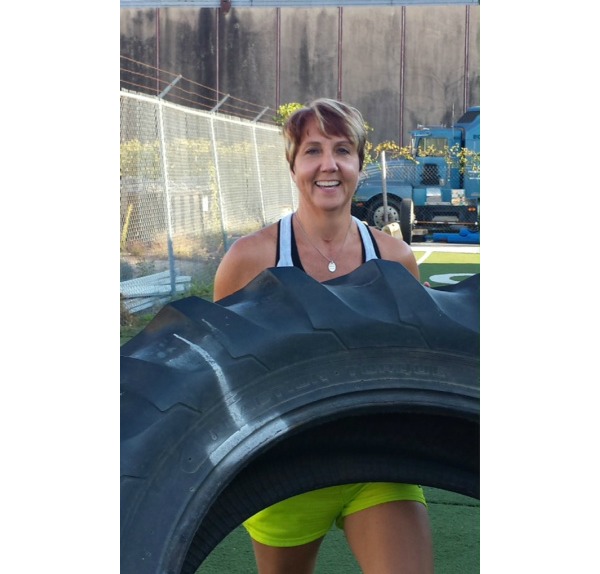 Becca Hunter recently turned 49, and she started Bootcamp Tulsa five years ago because she wanted to lose some weight that she had gained after turning 40.

Becca hoped to lose about ten pounds and tone up and had never exercised in any capacity and never played sports of any kind. Becca says BcT kicked her butt in the beginning and describes those early days, “I remember feeling dizzy and very lightheaded after workouts and worrying about myself on the drive home….like was I safe to drive?!?!” An Achilles tendon injury early on nearly caused her to quit, but Coach JC helped her change her stride and fix that. Becca says this was a turning point. She stayed with it at first because there were lots of new people like her who would rally together to help each other get through the workouts. It is no secret that Becca, who works in the social service field, is motivated by helping others.

Becca met Jenny H after a few months and they bonded, and they relied on one another for motivation and accountability. They eventually decided they could handle more than the M-W-F workout and began attending the T-TH workout with Coach Jaime. Coach Jaime brought
Becca out of her shell, and this allowed her to be more confortable with her own abilities and be a source of support for others.

Life brought Becca some incredibly stressful times both professionally and personally and took her into a pretty dark depression. Bootcamp was her motivation to get up and get going, and Jenny (without even knowing it) got her through this time by her texts, “Are you going to be there today?” Becca began to realize the mental health benefits of BcT, and this is when she became addicted.

After about three years of attending five days a week, Becca found herself gaining weight so she sought assistance from Coach JC. At that point she adopted Coach JC’s 10 Habits which led to a 30 pound weight lost. Becca still lives by them today and now helps others with individual meal plans and tips. Becca says about Bootcamp today, “I am inspired by every woman I work out next to, those that have been there the whole five years with me and look like models and those that have recently started and are bent over and heaving!”

Becca has now taken up running and is training for a half marathon obstacle race, 13 miles and 25 obstacles (The Spartan Beast in Dallas)!! Whoot!! Whoot!! She would have never taken on this kind of challenge without the strength, confidence, and support that BcT has provided. Today she says, “Bootcamp has changed my life in every aspect. I am in charge of my mental and physical health every day.”

The Vintage Pearl is the #1 when it comes to handstamped jewelry and made up of great people and a great vision. Thank you to everyone at The Vintage Pearl for helping us CHANGE LIVES this month!