Anna Cowdry and her daughter found DSD/FFR sparked a relationship with exercise for both! 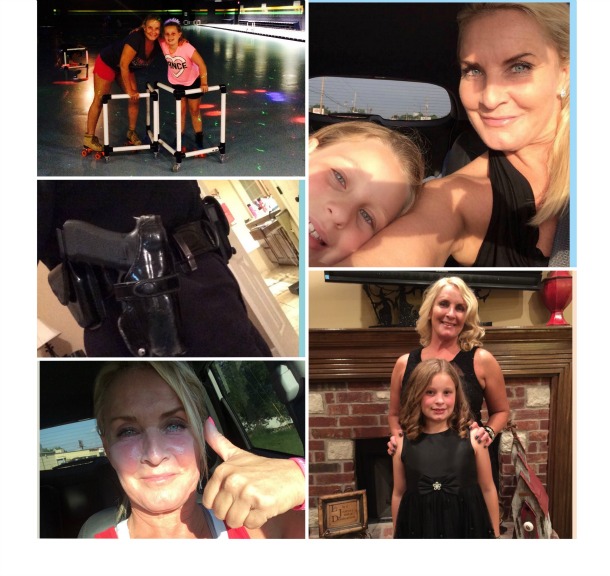 Anna Cowdrey has been a Police Officer with the Tulsa Police Department for 26 years. She doesn’t know what brought her to Fit First Responders the day she came by to ask about this 25-week challenge, but it goes on the top of the five greatest moves she has ever made. She says, “I never dreamed in a million years that my walking into FFR that day would have such an amazing, life changing affect on my and my daughter’s lives…but it did!”

Anna says she didn’t know who those two crazy cats (Coach JC & Coach Jaime) were but whatever they were telling her to do was working. After about three weeks she started to feel differently, not only physically, but mentally.

She started to take much greater notice of what went into her mouth and her daughter’s mouth. She started looking at ingredients and discovering how much better her body processed the healthier food choices. Soon she and her daughter were clean eaters because, after reading and understanding Coach JC’s book, it became preposterous to eat any other way. She says, “I wasn’t interested in putting anything but healthy into my fuel tank and sure as hell wasn’t going to my daughter’s!”

What intrigued Anna to join the program was Coach JC’s, “Just give me 25 weeks, and I’ll transform your body.” I thought, “I can’t not accept this for $20 a month!” As a single mother, it was hard to get to the gym. She then says, “Actually it was easy to get there, and I had the extra time…I just didn’t WANT to.” She says putting Addison in the daycare at her gym make her cringe since their time together was already so limited. She didn’t WANT to go. When they did go, they would do the only activity they could do together there, which was rock wall climb. Addison loved it! She wanted to go to the exercise floor so badly, but it was just too grueling for Anna to leave her and go do my workout without her. Anna says, “So I didn’t. I didn’t do anything.” They would ride bikes. Addison would ride her bike, and Anna would run next to her on occasion, but this wasn’t something Anna was getting much out of since there was no accountability. They were not consistent.

When Anna started at FFR, Addison got to come with her and be right there, watching. She got to see what Anna did everyday in her workout, and she wanted to do it too. Anna signed Addison up for classes through Dynamic Sports Development with Coach Amanda. Anna says, “I’ve never watched her push herself like she has in this class with a ginormous smile on her face. She got so into it. She became my accountability too. She got to watch these champions training in the gym and wanted to be a part of it.”

This sparked a relationship with exercise for Addison as well as Anna. Anna says, “DSD and FFR became a part of our family…..a way of life for us. Being around such a positive environment is such an amazing thing for both of us. The energy the coaches bring to the table is off the charts, and they make you want to be your best.”

When Anna started FFR her bulletproof vest was always so uncomfortable that at times she found herself wanting to take it off on “slow nights”. This is tempting for some officers because as you gain weight the vest becomes very uncomfortable. Anna says, “This is just unthinkable in this day and age!” Now her vest feels amazing and she would not even consider going without it, even for a second.

In the middle of this Anna found the gun belt that she had worn for over 25 years was literally falling off of her, and she couldn’t safely wear it anymore. She had tiny retired officer Robyn Jones’ old gun belt and tried it on. Before the ends would not even touch around her waist. When she tired it on, she could hook it about three holes in. Anna says, “We are talking about a belt that was six inches smaller than what I had been wearing. These results blew me away! I was hooked for life. FFR, DSD, Coach JC, Coach Jaime, Coach A.J., and Coach Amanda changed my daughter’s and my life, and for that, I am eternally grateful!! She is most grateful for what it has done for her daughter!