Ashley Coffman is a role model for her boys! 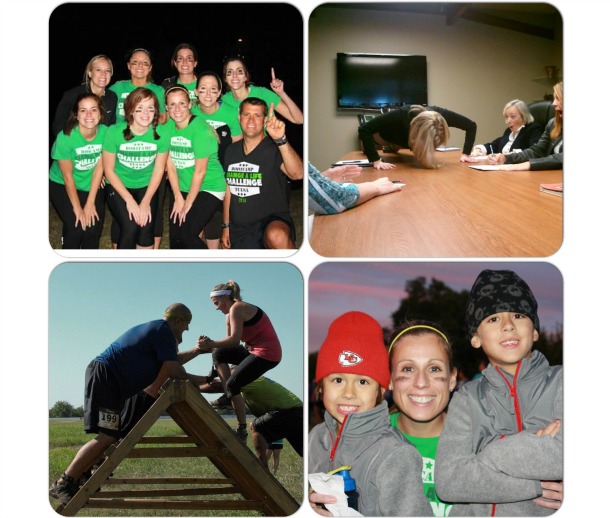 Ashley Coffman is a 37 year old Senior Finance Manager and has been at Bootcamp Tulsa four years. Ashley won a free month of BcT in February 2011, four months after her second son was born. She signed up for a year after her free month was over, and the rest is history.

Ashley has lots of favorites but her best one is the girls and how they push each other to be better and do better each week. She says it is someone messaging you on Facebook to say, “Hey, I missed you at BcT last night” or “Hey, great job today.” You don’t get that with a gym and says she has formed some real friendships with some of these ladies over the years. She says they do craft nights, game nights, dinners, etc.

The accountability is what keeps Ashley coming back along with the friends she has made and the challenging workouts. She says, “It is definitely not a workout I would show up and do on my own at the same level of intensity.” She says the workouts never get “easier”, even after four years, but they do get more fun. Ashley knows how to mentally challenge herself to get one more rep in or one more minute in a plank. One of her favorite quotes came from an old BcT coach, “If it doesn’t challenge you, it won’t change you.”

Ashley says she has seen an increase in energy and in her body from BcT. She has lost two pant sizes but the strength and confidence she has gained is immeasurable. Ashley is more confident in herself than ever before. She never participated in sports when she was younger and never really “worked out” until she was in her 20’s. She participated in a Gauntlet (4.1 mile race with 33 obstacles) in 2014. She said it was one of the hardest things she has ever done in her life, but she completed it and was darn proud of herself for it. She says, “I never would have done anything like that without BcT. I wouldn’t have even tried.”

BcT has also changed her family’s life. Her husband does the men’s program at DSD so their family lifestyle has changed for the better. Her boys often come with her to BcT so they are familiar with the exercises and like to participate. If they have too much energy at home, they have them do burpees, push-ups, mountain climbers, etc. She says, “You know what….they do it without complaining!” Ashley thinks that is because they see her do it without complaining. She hopes she is being a good role model for them – showing them how to work hard, challenge themselves, and take care of their bodies.

Ashely got rid of her scales two years ago after her BcT coach told them that it doesn’t matter what the scale says but it is how you look and feel. Ashley says, “I don’t think I have to tell you how discouraging/frustrating it is to get on the scale every day and watch it go up or not change at all when you think you’ve made some good changes. I no longer care what the scale says, I pay attention to how I feel and my body. I love it!”

Ashley has more energy and is able to keep up with her two boys. She has the desire to get outside, go hiking, run, play, go to the park, etc. Before BcT, Ashley just wanted to sit on the couch and watch them play because she didn’t have the energy to participate. She adds, “Being ‘fit and healthy’ also gives me more confidence in my job and helps me be more alert and focused during the day.”

If you are considering BcT, Ashley would tell you to give it a try. She says you will be glad you did and meet some amazing women who will be both encouraging and motivating.