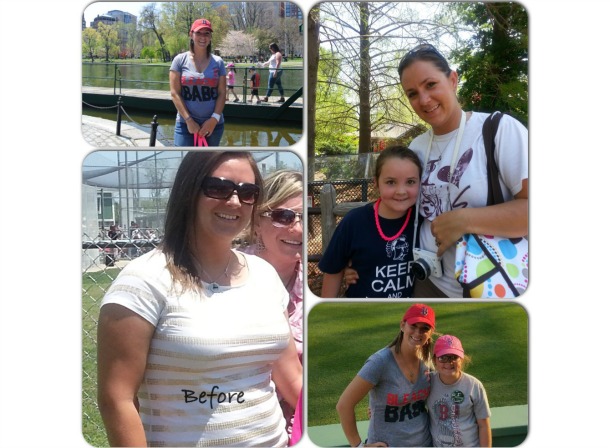 This is a story of Dawn from two years ago….she still is going strong and in the ambassador for Jenks
BcT!

Dawn Sponsler is a thirty year-old stay at home mom who started Bootcamp Tulsa in April of 2014. She just celebrated her one-year with BcT!

Dawn loves all the coaches and how they each bring something different to every workout. She also loves the ladies and says that not matter which location you go to, all of the ladies treat each other like family. She says, “They encourage each other, push one another, keep each other accountable and lift each other up in prayer.”

The coaches, their enthusiasm, and the fact that they want you to succeed are the things that keep Dawn coming back to BcT. Other reasons are the friendships and accountability from the other women. She says, “I know if I miss or leave, someone will call me out because they expect me to be there.”

Dawn says she has not kept track of the pounds but has dropped from a size 14 to a size 8. She can now fit into an adult small t-shirt for the first time since becoming an adult and has lost 6 inches in her waist alone.

Dawn describes how BcT has changed her life, “Bootcamp has made me a better version of me physically, but so much more than that. It has helped me to focus on other areas of my life, like being a better mother to my children and wife to my husband.” She says she has definitely grown spiritually through the morning prayers after workout and through the faith of the other women. She says, “Without BcT I would have never taken a step of faith and gone on my first mission trip with my church.” The women supported Dawn and pushed her to go after a dream, not at all related to a physical goal and because of that her personal spiritual growth skyrocketed. She adds, “Additionally, my friendships are more meaningful. I have confidence in myself. My outlook on life is more optimistic, and I am happier in general.”

Dawn has more energy than before and is a happier person and less-stressed when she starts her days with BcT. When she “sleeps in” instead of going to a workout, she finds herself grumpy and not prepared for her day. She says BcT has changed her outlook in general. She began Bootcamp because she wanted to set an example for her children. The children were involved with DSD, and she remembers cheering them on and telling them to push through workouts. Dawn says, “One day I thought to myself, ‘how can you tell them to push when you are sitting on the sidelines’? I made a decision that day to lead by example. I began Bootcamp two weeks later, and a year later, my children still love asking what we did at Bootcamp each morning. Leading by example has now become my life’s motto when it comes to my children, and it is because of Bootcamp.”

After three months of Bootcamp when Dawn thought she was never going to be ale to make it through a workout she would tell herself, “The time will pass whether you are doing something or not. Make the most of the passing time and change your future. I can hardly believe a year has passed since I started Bootcamp. I remember the days when I struggled to run around the track without stopping or feeling like I was dying. The warm ups were difficult for me and I could barely do a push-up. Now I enjoy the run, and I can actually sprint it. I can feel myself getting stronger. I can do push-ups, and I am doing exercises I never thought I would be strong enough to do. What is most exciting is that I know this is only the beginning!”