Earl Blevins’ goal is to compete against himself to get better! 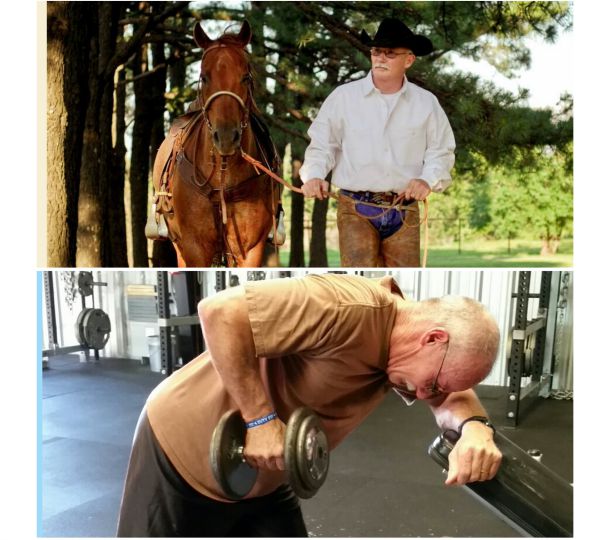 Earl Blevins is 55 years old and has worked for the Tulsa Fire Department for 20 years. He currently works as a fire equipment operator and joined Fit First Responders when it began.

Earl likes that the coaches play a huge part in the Fit First Responder’s success because of the positive motivation he receives from them. This plays a great role in the success that all of the participants have had. The constantly changing diverse workout plan the coaches put them through keeps the workouts fresh each week. Earl says, “For me, the one thing that I appreciate the most is the attention placed on total fitness. It takes on the physical, mental and most of all the spiritual aspects of being fit. It is simply more than just weight loss and muscle gain.”

What keeps Earl coming back is the goal to see what he is going to accomplish at the end of the 25 weeks with his physical transformation. He says, “I think the biggest change outside of losing nearly 8% body fat at week 15 is the increase of my endurance from the very first week we started. I remember feeling like I was going to get nauseous that first day we started, but I am past that (I hope!) My goal is I still want to get better, but the improvement I’ve made is encouraging!”

“If FFR has done anything to change my life, the program has motivated me to keep going.” Since starting FFR, Earl’s joints don’t hurt like they did as they did before he started. He also noticed after a particular fire they responded to recently that he wasn’t near as tired when they were through as he has been in the past. He knows it is helping him get in better shape!

Earl’s words of encouragement to someone considering joining FFR would be directed at the older generation. His is advice is, “Don’t settle. Don’t give up on your dreams. Set goals. Challenge yourself.” Earl realizes he is not competing rep for rep, pound for pound against all the other participants at FFR. He says, “Truth is, I am old enough to be dad to most of them. I’m simply competing against myself to get better….and that is my goal every time I go.”