Firefighter Terry Sivadon says of FFR, “Believe me, it works!” 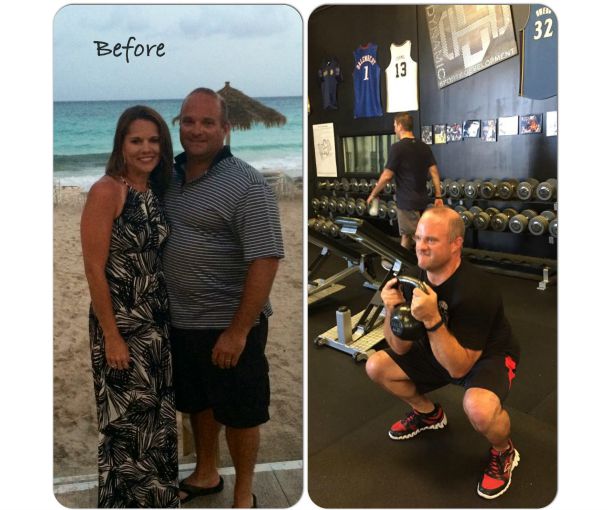 Terry Sivadon is a 49 year old Firefighter (Captain). He has been participating in Fit First Responders since April 30, 2015.

Terry’s favorite aspect of FFR is the group workout. This has been very motivating for Terry, and he finds it hard to get motivated and workout by himself. He says, “The coaches are awesome. They are just what I needed to get me excited about getting fit!”

Terry keeps coming back because he is losing weight and feeling better every week. He doesn’t ever want to go back to the way he was….and he wants to win a truck!

The results Terry’s has are that his clothes fit better, and he says that is big for him. His endurance and cardio are much better. He has lost 20 pounds in the first 9 weeks of the program.
First Fit Responders has made Terry realize that he is not too old to be fit. He had accepted that an aching and bad back were something he had to live with. NOT ANY MORE. His back is feeling so much better, and the pain is gone.

Terry finds that he has a lot more energy! He says, “When we get on the fire truck I can tell a huge difference in my energy and response to the task at hand.”

His advice if you are thinking about trying FFR: “Just do it! Whatever excuses you have, just push them aside. This is the greatest program that I have ever experienced. You have to just trust the process. Believe me, it works!!”