Jason Combs bonds with his boys through DSD! 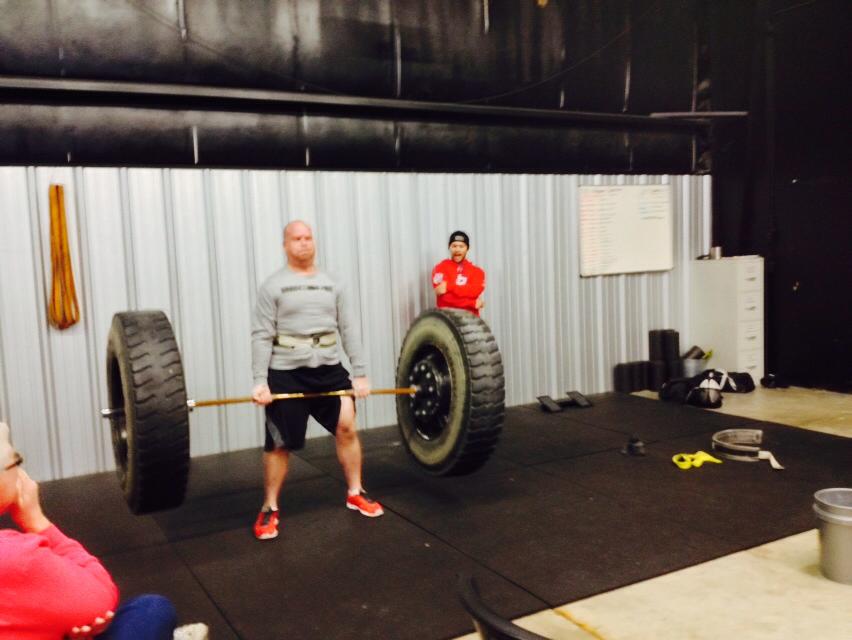 Jason Combs is a 40 year old Pipeline Controller who has been a part of Dynamic Sports Development for 18 months.

Jason’s favorite aspects of DSD are the coaches and the people he trains with. He says it doesn’t matter which training session you are a regular in, if you show up to any of the other training sessions you are treated the same. He says, “It doesn’t matter your age or current level of strength and fitness, you are pushed and encouraged to go beyond what you thought you were capable of.”

The atmosphere this group of strongmen provides is what keeps Jason coming back to DSD. He likes the accountability they hold you to and the encouragement and family environment that has been established at DSD.

Jason has seen some results in weight loss, but his biggest result is the increase in strength and the inches he has lost around his waist. He went from wearing a size 44” waist pant to a 38” waist pant.

Jason says that after being stagnant and doing nothing but work for 15 years, he realized that he had to do something. He says that playing with his kids was hard because he didn’t have the energy. He says he just sat around after work, watched television and then would do it again the next day. A friend told him about DSD and invited him to come look at it. He then met Coach Jaime and inquired about the program. Coach Jaime said the only way to explain was to come out and put some work in with the guys. He says, “My first trial day I was accepted like I had been there for years. When I finished, I was tired, hurting and wondering what I had gotten myself into.” He says he knew then this was what he needed and this was where he wanted to do it. He has been going every since and DSD has shown him that he can accomplish things that he never knew he could. He says, “It has shown me that to accomplish something you have to get rid of the excuses and just do it.”

Jason has gained new friends who are various ages with different jobs and different hobbies, but says they all have the same goal in mind when they are training. These are the people he now calls his friends. He says that his energy level at home is higher than it has been in 15 years and says DSD has also given him something to bond with his boys. His boys started the teen program in September. He enjoys having this in common with them and it shows them what hard work and effort can do for you. DSD pushes them and him to be better and work harder. He says, “Nothing beats having your boys come home from a training session and tell you all about it. They help push me outside of the training sessions because I know leading by example will help them see the importance of staying active.”

His advice to someone thinking about starting DSD is that there are numerous places you can choose to go, but you will not find better people who will encourage you, hold you accountable and push you to achieve things you didn’t know were possible. He adds, “Come out and give it a try. You will be tired and sore, but if you stick with it and come back, you will become addicted and you will feel better.” He says you will become part of a family that you won’t find anywhere else!