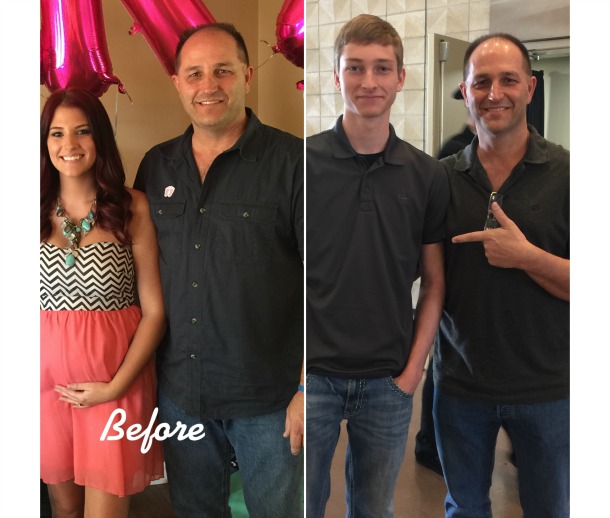 Mike Reed is 50 years old and is a 28-year veteran of the Sapulpa Police Department. He holds the rank of Major and serves as the commander of the Detective Division. He joined Fit  First Responders  in October 2015.

Mike loves every part of FFR!!! He explains his reasons: “The positive atmosphere, the new friendships and the accountability of living a positive healthy lifestyle.”

He says all of the reasons above and more keep him coming back.   He shares, “To date, during this competition I have lost 50 pounds and feel SO much better!!”

Mike shares, “Concentrating during this competition on the pillars of FFR…focus, food, fitness, family and faith have helped me push for greater results this time around in my personal development to become a better version of me.  Through these “F” pillars I’ve found that another “F” word was what I was missing in my life and what has been holding me down in my personal growth.  That “F” word is “FORGIVENESS”. I had been hanging on to bitterness and anger for the last 8 years directed towards my ex-wife for ending a 20-year marriage and tearing my family apart. As a result of the process of attending FFR, focusing more on my faith, and while feeling better physically from the workouts, I came to the realization that I had to release that bitterness and forgive her. Since that time I have experienced a huge burden that was lifted off of me. I am so much happier and now more focused than ever. More importantly it is helping me to become a better husband, father and grandfather. Thank you FFR for your daily positive encouragement!!”

Mike feels much better mentally, spiritually and physically than he did five months ago and looks forward to what is ahead!

At first Mike was hesitant to join FFR and says he understands if others are also hesitant. His advice: “Just give it a try for a while and I promise you’ll keep coming back!! The all around results are life changing!! GO FOR IT!!”