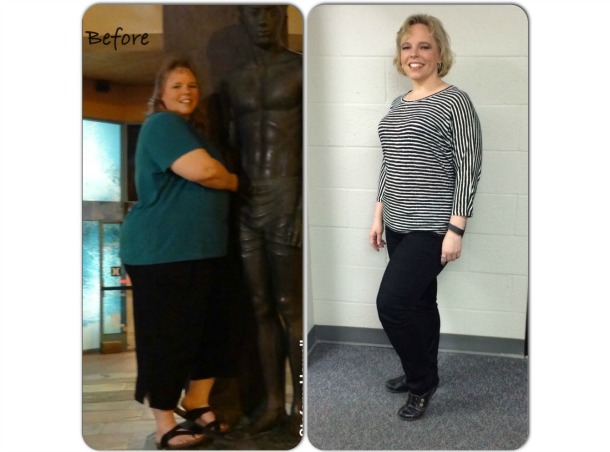 Stefany Howell’s greatest joy ever is to be an inspiration to others!

Stefany Howell is a 44 year old Service Delivery Manager for Ricoh USA. She has been a part of Bootcamp Tulsa since July, 2014.

Stephanie says it may sound cliché but her favorite part of BcT is the “family” she now has with her BcT coaches and sisters. She says, “I can’t even begin to say what it means to me how much everyone is such a motivation and inspiration…from the coaches helping with nutrition and exercise to the girls being my accountability!!”

Although Stefany is not at the lowest weight she has ever been, she feels better than she has in 15 years. She says, “Bootcamp has changed my life, and I can’t imagine life without it now! I’m BcT addicted?”

Stefany has had absolutely amazing results: TO DATE SHE HAS LOST 98 POUNDS! She started with nutrition first and lost 40 pounds and has lost the rest since coming to BcT. Her goal is to lose 125 pounds!

As to the changes Stefany has seen since coming BcT, she says EVERYHTING!! She explains, “It has given me my health back!! I have people telling me that I look 10 years younger. No one believes me when I tell them that I am 44 years old!! Yippee!!”

Stefany says she definitely has more energy and has changed her mindset about what she can do since coming to BcT. She very rarely takes the elevator anymore. She works in the basement, and most of the meetings are on the 6th floor. Before BcT, she could not physically take the stairs, but she now does it without even thinking. She also has the privilege of being an accountability partner to a couple of women at her church that have struggles with their weight. She says, “Being an inspiration to others gives me the greatest joy ever!!”

Stefany’s advice to someone considering BcT: “Just do it!! Invest in yourself and don’t give up!!” She says has it not been for Jodi saying that she would see her at 5:15am tomorrow morning after she went to her crying on July 13, 2014, she wouldn’t be where she is now. Stefany was in tears saying that she couldn’t gain the 40 pounds back again that she had lost. She started gaining it back again because she started to give up on herself when she couldn’t lose any more weight with only changing her nutrition. Stefany says, “Invest your money into BcT and nutrition instead of spending it at the doctor’s office because of bad health!! Everyone always says it is expensive to eat healthy. Yes it is, but what will you be spending in the future on doctors and hospitals when your health fails?”