Victoria Del Angel — “Push a Little Harder….You can do this!” 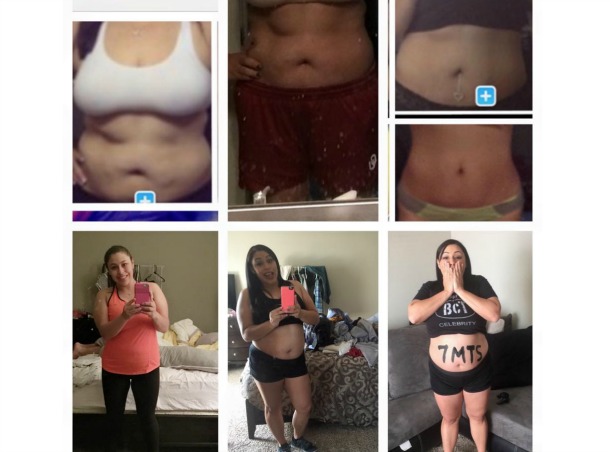 Victoria Del Angel is a 26 year old who works for the office of Interior Affairs at Muskogee (Creek) Nation and has a Bachelors in Criminal Justice. She just celebrated a very special three-year anniversary with Bootcamp Tulsa.

Victoria says she was embarrassed about her weight and wanted more for herself out of life so she checked out BcT. She says she was so excited, scared and nervous the night before her first Bootcamp and tossed and turned all night. She said she got up early to make sure she had everything ready and says you can’t imagine how many times she talked herself out of going. On the way to BcT she said a little prayer that she might just make it through the workout. She was the first person there and was met by Jodi who she thought was the nicest person she had ever met and just seeing her smile made all her nerves go away. She remembers hearing someone loud with a Jersey accent and thinking, “Oh my gosh, what did I get myself into?” Coach JC asked her name and the warm-up began…..she thought the warm-up was the workout!

Victoria struggled as the first workout began, but Lydia Thomas came over and helped walk her through and push her even more. Lydia became her right hand gal in workouts and she loves that girl! She said she got sick and had to go to the bathroom and started tearing up and was embarrassed. She just looked at herself in the mirror and told herself, “Victoria, you can do this!” She got herself together and went back out and completed the workout, and before she knew it Coach blew the whistle and the workout was over. She remembers walking to her car and feeling so proud of herself because if you know Coach JC, you know this was an intense workout. She came back the next day and was hooked.

Weight loss was Victoria’s goal when she first came to BcT, but in the years at BcT she has found a family. She realizes, “The other coaches and the other bootcampers truly care about your goals in life, as well as your nutrition. I feel like everyone I’ve met at BcT has a story….and those stories have changed my life.” Victoria says you can say without a doubt that everyone at BcT is a beautiful heart. She uses Coach JC’s words in her workouts as well as her life: “Push a little harder. You can do this!”

Victoria grew up a military “brat” with both of her parents in the military. She lived the majority of her life in Europe and moved every three years while growing up. She never felt like she had a home anywhere or a place to belong to. After graduating college she moved to Tulsa and was told about BcT. She says, “That is when I felt my journey truly started. It helped me push myself more than I ever have.” Her original goal was to lose 30 pounds, and after she accomplished that goal, it became more of a lifestyle. Being a Native American, Victoria sees many health issues and says she wasn’t willing to accept that her heritage could bring a low average age for death for her.

“I have tons of benefits from BcT. I sleep so much better, have tons of energy and feel beautiful and truly happy,” says Victoria. Victoria went from a size 15 to a size 6/8 and lost tons of body fat and 60 pounds. She has also run two marathons. She is now seven months pregnant and has gained a healthy weight of 20 pounds. Her pregnancy has been healthy, and she has continued her workouts at her doctor’s suggestion.

She adds, “Call me crazy, but my favorite exercises are burpees! If I could suggest one thing to anyone struggling with their weight, personal issues or anything else, I would tell them to not give up and to fight for what you really want for yourself, because you WILL accomplish it.”